So we’re starting the fourth week of this blog. So far we’ve only reviewed southern food, in one form or another. You might be wondering if New Orleans has other cheap food worth trying. Of course it does, even for vegetarians!

This week we ate Lebanese food. We don’t like to stray from our usual schtick of eating delicious food that is cheap and served in convenience stores,so we went to Esplanade Food Store. We got a chicken shawarma sandwich, falafel sandwich, and some baba ghanoush. The guys working in the store were sweet and excited that we were trying their food. 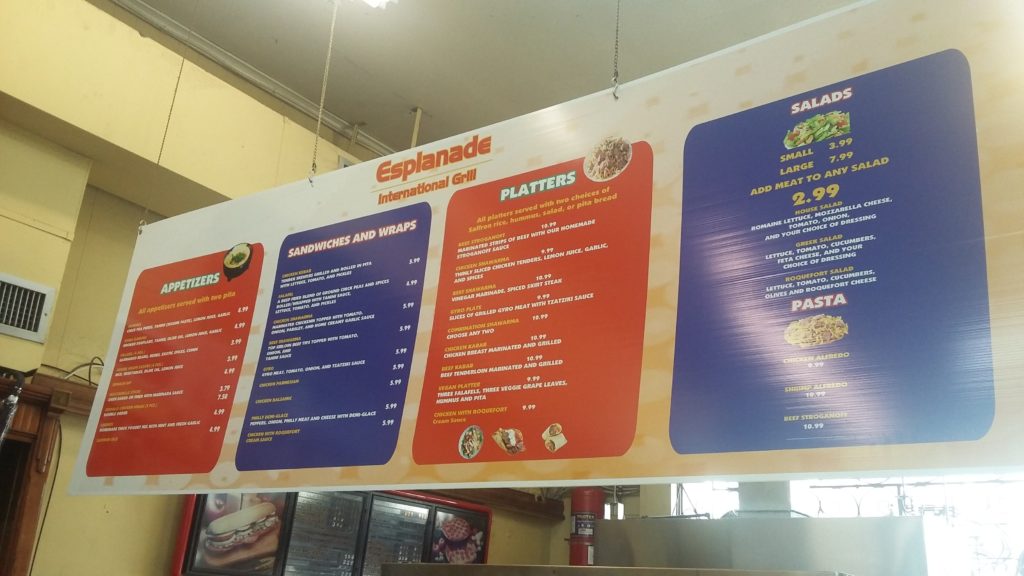 The baba ghanoush was $4.99 and rocked. It was smokey, full of eggplant, and had some interesting chili sauce drizzled on top. It came with warm pita that tasted great. The falafel sandwich was the same price and was of a similar quality to Mona’s (the best known Middle East restaurant in the area). I suspect the falafel is from a mix, but it still tasted real good. It doesn’t compare to Stella Maris, which is the best falafel I’ve had outside of the Mediterranean. But unless you wanna travel to Chalmette, this is a good option. 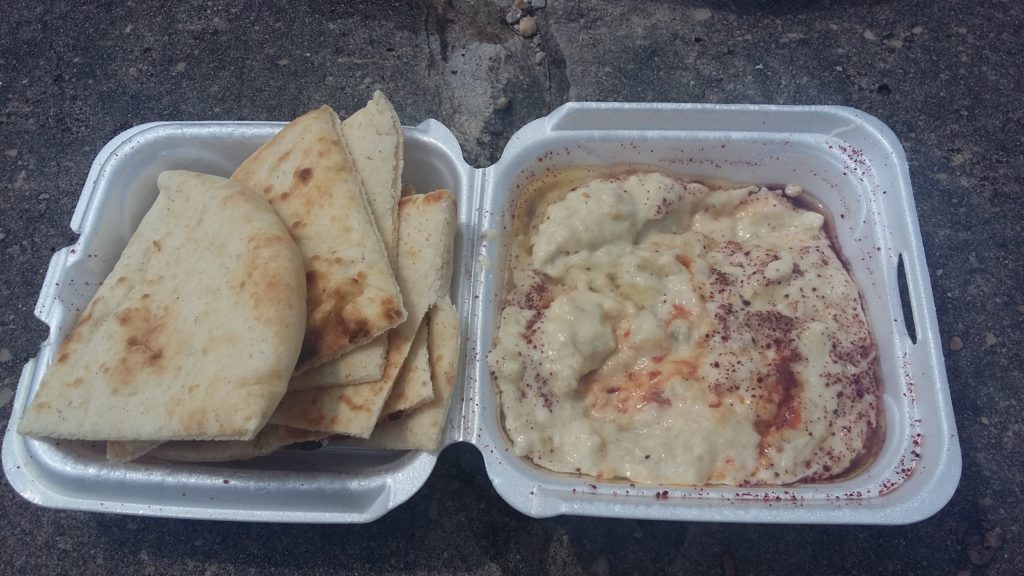 The chicken shawarma sandwich was great. It had sort of a curry-ish, mustardy sauce, the chicken wasn’t dry at all, and they loaded it up. Both sandwiches had those really good Middle Eastern pickles on them. The only problem was that they were served wrapped in a tortilla. My friend told me the last time he went they used pita, so maybe it’s worth asking them to use pita instead of tortilla when you go. 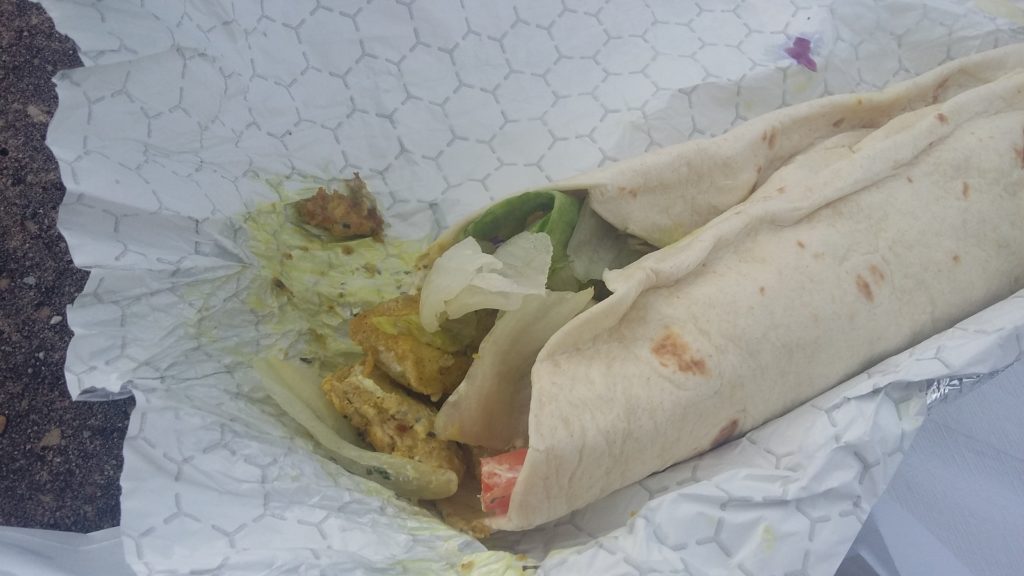 You may have heard of Kebab, a Middle Eastern eatery on St Claude street. I’ve never eaten there, because I refuse to spend $7.34 on a falafel sandwich, and I’m not interested in a falafel that comes with arugula and kale. “Kale” is often code for “hip white people made this food.” Mostly I don’t want to support more upscale restaurants on St Claude because it’s being targeted as a corridor for gentrification. As someone who can read a little Greek, I also don’t like that Kebabs sign actually reads “KSVAV” which isn’t a real Greek word, but maybe that’s just nitpicky. Either way, if you want to get cheap falafel, in the Treme go to Esplanade Food Mart. 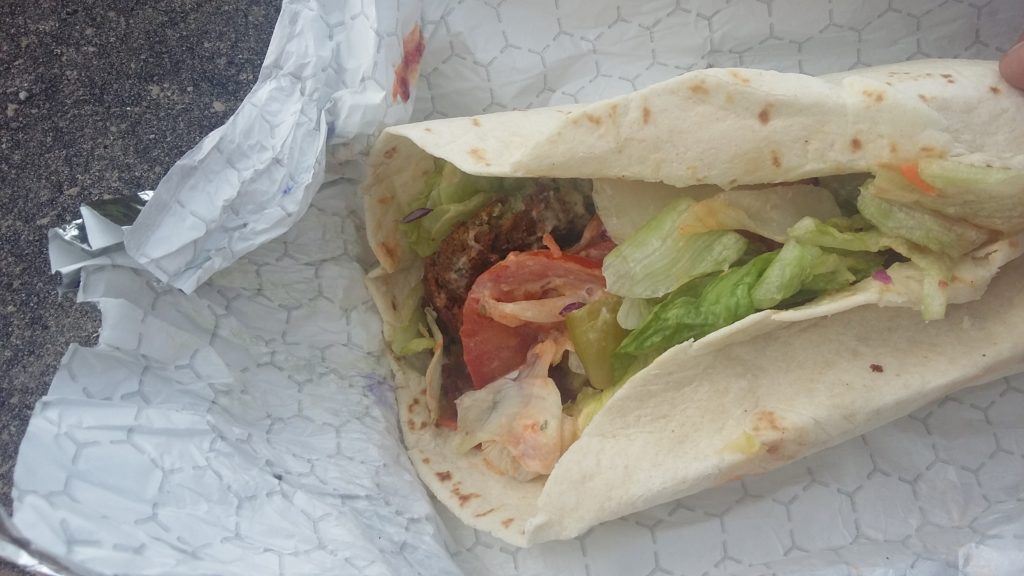