Learn more about our Free Walking Tours
Got Questions? Check out our F.A.Q. Page

Nola Tour Guy, a worker-owned, New Orleans based, tour company offers the only “pay-what-you-feel” tour of theThe French Quarter, and also the St Louis Cemetery #3 as well as a free tour of Garden District walking tour. Nola Tour Guy offers no novelty “ghost” or “vampire” tours only the real history brought to life by our passionate guides…join us, you won’t be disappointed.

Got Questions? We got answers check out our F.A.Q. Page for answers

Book a Free Tour Today
Who is Nola Tour Guy? 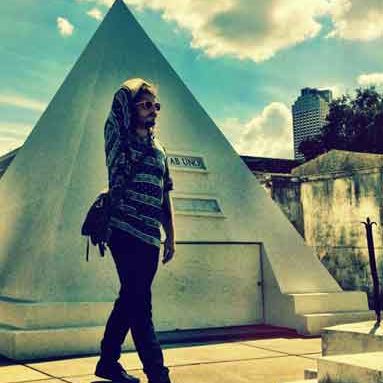 Nola Tour Guy was started by David G. Hedges an adventurous, fun-loving Chicago native who considers New Orleans his true home. At the age of 19, David traveled to New Orleans via hitchhiking and freight trains despite not knowing anyone in the city. He quickly became enamored with New Orleans and after finishing up college in Chicago, decided to move there permanently. In 2011, David pursued his tour guide license so he could share his passion for the city with others, but found that many existing tour companies were based out of state and offered only a cookie cutter, watered down version of New Orleans’ unique history.

No one can truly feel the city’s energy or understand its dynamic layers on a large, crowded tour or in a blur on a streetcar. David knew he could do better and started his own company, Nola Tour Guy. On his tours, David imparts captivating history with grace and good humor and gives real depth to a complex, diverse city. Most of all, he aims to make these tours fun and engaging. Join David on a FREE tour and fall in love with New Orleans just like he has!. 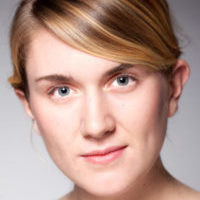 Grace Kennedy is a storyteller of all kinds. Reared and educated around Boston, MA, she has been throughly steeped in Revolutionary War and Early Colonial history and worked as a Narrator for Boston Harbor Cruises for four years. After receiving a BFA in Theatre Arts from Boston University, she traded New England for New Orleans and hasn’t looked back.

Unlike the rigid and puritanical Massachusetts forefathers, Grace finds the eccentric characters of New Orleans history endlessly fascinating. She is entranced by the duality of New Orleans as a city of sin and salvation, of poverty and wealth, and of disaster and celebration. With the deepest reverence for the city itself, Grace is thrilled to share New Orleans history as part of Nola Tour Guy with theatricality and grace. 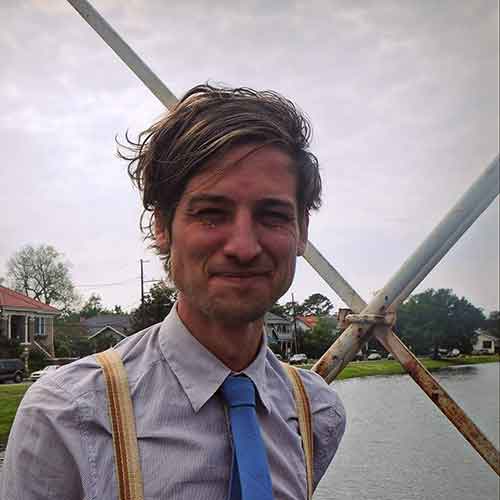 Eric Spinrad is the most recent addition to Nola Tour Guy. He graduated with honors, receiving a Bachelor in Science, just in time for the market crash of 2008. With a life deferred and job opportunities dismal, Eric hit the open road and eventually washed up on the rich alluvial deposit that cradles New Orleans. Awe inspired by the city’s mostly intact old quarter, which many cities lost to urban redevelopment, he took to books and began sifting through the many layers of New Orleans history. Contrary to history existing within a vacuum, Eric believes that from nature’s test of the levee system to the recent removal of Confederate symbols, New Orleans is in constant motion that continually shapes the city and its inhabitants. Eric is thoroughly excited to join David Hedges at Nola Tour Guy to captivate both visitors and locals alike with the ever changing history of America’s greatest city, New Orleans.