Years ago, I briefly squatted a building at the intersection of Desire and Law. It was called Club Desire, and before the city demolished it, it was maybe one of the most gorgeous buildings in this city. Almost every jazz great performed there. It was huge, pink, had tons of glass brick, and billed itself as “The Downtown Club With Uptown Ideas”. Eventually I left because someone broke down the door of the room I’d been staying in. They didn’t take anything though – one glance inside made it clear I had nothing worth stealing. Anyway, not having electricity for a fridge makes it not very fun to cook. I did have a little camp stove but I don’t think I really ever used it except to fry an egg once or twice. Instead, I ate out a ton.

“At the intersection of Desire and Law” is a good line for a poem, but it’s a lousy neighborhood to eat out in. Unless you want to cross over the train tracks towards the 8th ward, or St. Claude towards the Bywater, the grocery shopping or restaurant options in that neck of the woods were kinda bleak. I ate at Stewart’s Diner a lot, which I liked even though they have lots of pictures of George W. Bush because he went there shortly after Katrina. Hopefully we’ll review them soon. Poppa’s Seafood is the only other restaurant I can think of that is still open close to Desire and Law.

Strangely, I think I only ate at Poppa’s Seafood once back then. They have one of my favorite logos in New Orleans, but for whatever reason I never really made it there. But I was really excited when Hedges suggested it as an option. I wanted to try some of that days specials, but they were all around $10, which is the upper limit budget of this blog. Instead we went with a medium gumbo, red beans with sausage, and a two piece dark with dirty rice. 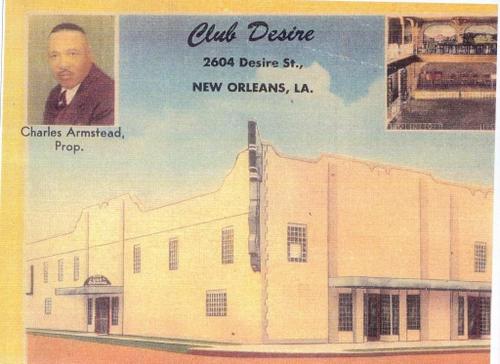 The two piece dark with dirty rice was $2.99! That’s one of the hottest deals we’ve reviewed on this blog. Was it the most amazing thing I’ve eaten? No. Was it good, filling, and cheap? Yes! The dirty rice was basically well-seasoned and spiced hamburger-y rice. I like it best made with chicken liver, but the hamburger was still tasty. The fried chicken was good and not too salty. It came with some pieces of white bread, which is standard fare and which I could kind of do without.

If you have family from Louisiana, you are probably wary of ordering gumbo. It’s the kind of food your great aunt makes you. One of the last times I ordered gumbo from behind bullet-proof glass, they used some kind of food-dye in the roux, and for days afterwards that dye slowly left me with each visit to the bathroom. Yuck! So, I had low expectations of Poppa’s Seafood’s gumbo. But I was very pleasantly surprised! The gumbo was liquid but still had that gumbo viscosity that is crucial. They didn’t ask us if we wanted crab because they didn’t have any seafood in it at all. If that’s a deal-breaker for you, I understand, it’s not what I’m used to, but the flavor was still complex and I thoroughly enjoyed eating it. I’d go back for a large sometime. It doesn’t come close to how good my family’s gumbo is, but let’s be real, nothing does. 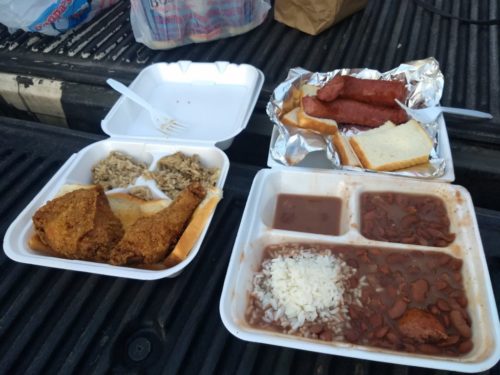 I don’t often order red beans either, but for sort of the opposite reason I rarely get gumbo. Red beans anyone can make. I feel lazy sometimes when I order red beans, because it should be something I just let simmer all day while I clean house. It’s not hard. But that doesn’t keep a lot of places from making bad or gross red beans (like, do y’all seriously pay money to eat Melba’s red beans?). Many places make it too sweet, too ketchupy, too BBQ saucey, too obviously from a Blue Runner can. Poppa’s Seafood surprised me again. It wasn’t sweet at all. The sausage was totally standard normal stuff, but the beans were good. Not incredibly complex, but solid. Definitely worth the $5.95. Again, it came with some slices of white bread which were fine. 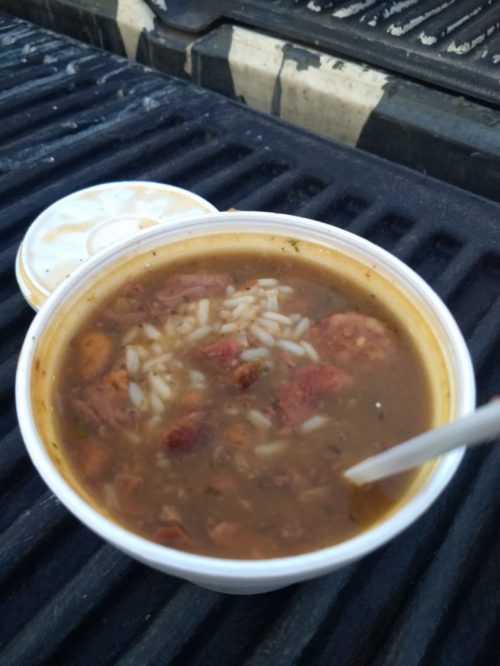 The atmosphere inside was mostly cute. There were some seats to wait for your food, though no tables to eat it at (to go only). All business is conducted through bulletproof glass, and there are lots of signs saying no refunds, counterfeit bills will be held as evidence, do not touch glass, etc. The signs made me think they might be kind of uptight, but they were very sweet to all the customers while I was in there. They even chased us out the store because we left without our sodas. We didn’t realize the meals came with drinks, and they didn’t ask us what kind we wanted, they just gave us three root beers, which I found really charming. I wish we could have tried more options there – maybe their po-boys are amazing? I’ll let you know when I go back and try them. Check out Poppa’s Seafood and decide for yourself. I think they’re a great affordable option for eating out (as long as you don’t eat inside Poppa’s seafood, because that’s not allowed) in New Orleans. 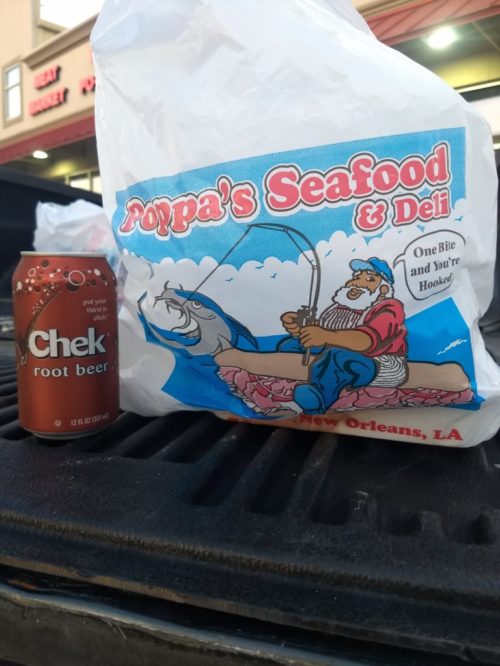 Got a place you want to see us review? Write a comment down below!