I took a break from New Orleans for this first time since October, so that’s why there haven’t been any entries on this blog for a while. Thanks for sticking it out with us. I went through Oklahoma and Arkansas and though it was great to be outside the city, I really missed the food back home. I tried to experiment with local cuisine while I was travelling. I even got fried bologna in a town called Mena. It was exactly what you’d expect it to be.

One thing this blog doesn’t have a lot of is good vegetarian options. That’s mostly because I think it’s a shame to be a vegetarian in New Orleans and miss out on so much great seafood and things cooked in animal fats. Also a lot of vegetarian and vegan restaurants end up being bougie and overpriced. Small Mart is a great exception to this.

Every day Small Mart has a vegan lunch special for $6.00 including tax! Mondays are usually red beans and rice, they usually have a hearty vegan chili one day a week, and most other days are some kind of Indian/Pakistani/Bengali style dish. The red beans and rice are quite good, though as an omnivore it’s hard for me to go without sausage in it. If you’re vegetarian it’s a great thing to get. The chili fares surprisingly well without ground beef in it, and is really thick with vegetables and smokey flavor. These other options are great, but where Small mart really shines is the golden curry and similar dishes like dahl and aloo sag. 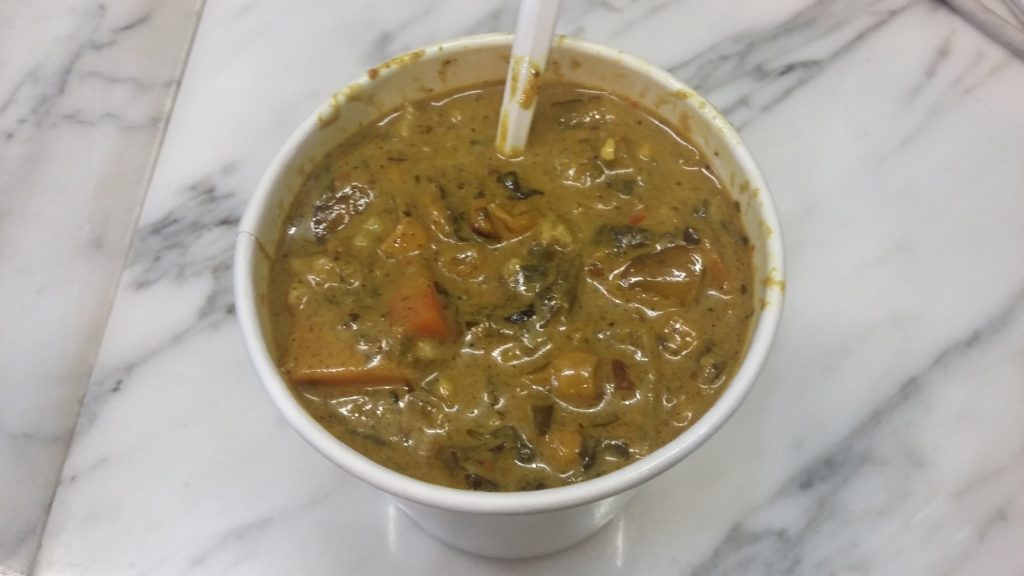 Though they consistently mix it up and vary the menu, I think I’ve tried most of the lunch specials. They don’t use pre-mixed curry powders, instead they do the spice blends in house and they really know what they’re doing. Good vegetables are hard to come by in this town, and Small Mart is my go-to when I’ve been eating too much crap and need a healthy cheap meal. The Aloo Sag (like sag paneer but with potato instead of cheese) and Golden Curry are tied as my favorites. I also really like the dahl, which is a lentil based dish. I wish I knew more about south asian spices, so I could tell you what’s in there and how they do it. Instead, it just tastes magically good.

Every day they also have new york bagels. I was born in New York City and can be picky about my bagels. When I moved here I basically gave up on bagels unless I was uptown (which is almost never) and could go to Steins. Everywhere else had such bad bagels it wasn’t worth. it. But now Small Mart and Steins both have New York Style bagels. They’re boiled by Davidovitch Bakeries in Queens, frozen, and shipped down to be baked fresh daily. I thought the freezing would mess them up but they’re great. $3.00 gets you a bagel toasted with some spread, and they have a bunch of different kinds. The day olds are even cheaper, and if you get a day-old bagel toasted you can’t tell the difference at all. They have regular cream cheese as well as pesto or sundried tomato cream cheese, butter, margarine, and they’ll spread an avocado on there for you
vegans. 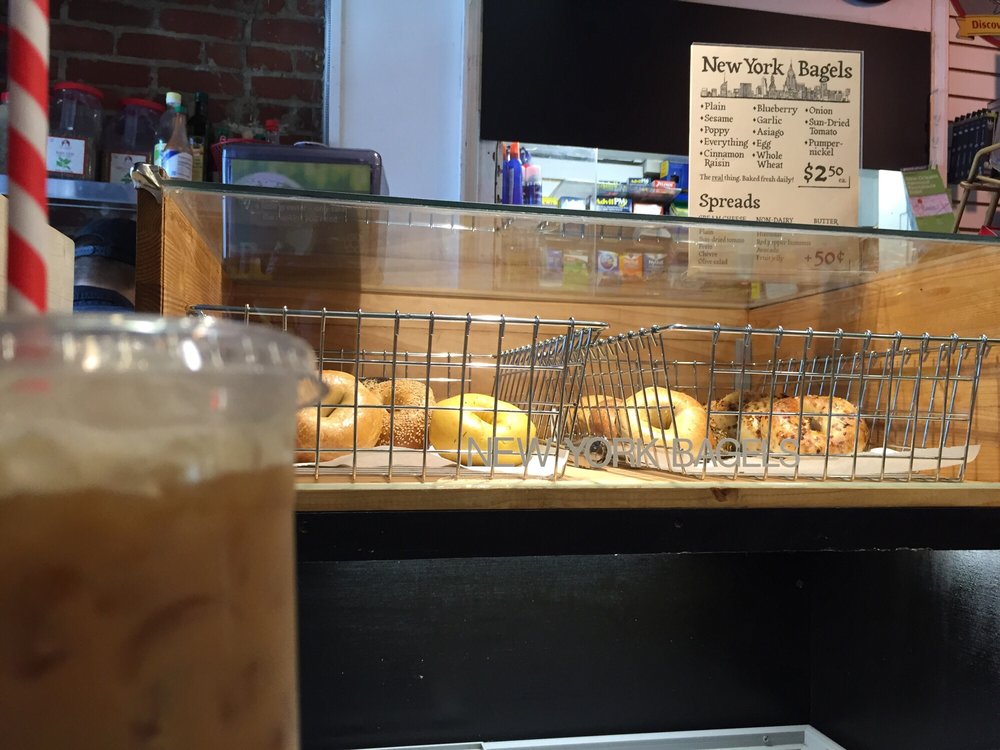 So if you’re hungry in the Quarter, or are vegetarian, or just want a quick cheap meal, Small Mart is there from 8am-10pm and is one of my favorite affordable food spots in the city.