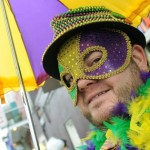 Hi, I’m Carl and I’d like to welcome you to what will be a regularly occurring section of the I Tour For Tips blog, appropriately titled “Carl’s Corner”.   In this section, I hope to highlight some of the amazing little gems that New Orleans has to offer when it comes to places to eat and drink on the cheap that are a bit off the beaten path of most tourist oriented websites. Someone once told me that if you are ever hungry in the Crescent City then you are just hanging out in the wrong places.  I’m looking to put this theory to the test, and if you stick with me I will hopefully be able to illuminate some of the great authentically New Orleans spots to eat and drink while also getting the best bang for your buck. So here we GO:

Somehow, the Parkview Tavern (not to be confused with the Parkway Po-Boy shop) is one of my favorite watering holes in New Orleans. Despite being just a stones throw from City Park and right off of a trolley stop, this weird little dive bar seems to go completely unnoticed by anyone who isn’t already a regular.   Most days there’s nothing particularly remarkable about the place.  On any given afternoon you can find the same odd group of redneck alcoholics getting drunk before they speed off in their pickup trucks, musicians of all ages blowing what little money they make on a couple stiff whiskey drinks, frantic grad students who haven’t figured out that working on a thesis at a bar is hardly a good idea, and people like me who just want to get a solitary drink in peace and relative anonymity.   For $5 you can get a “pitcher” of beer, which is actually four tokens, each of which can be redeemed at any time for a pint of cheap beer.  Happy hour, which is M-F 4pm-7pm and ALL DAY Sundays is buy one get one free cups of wine and $2 well drinks (make it a double for $4 and you will get well over three shots). 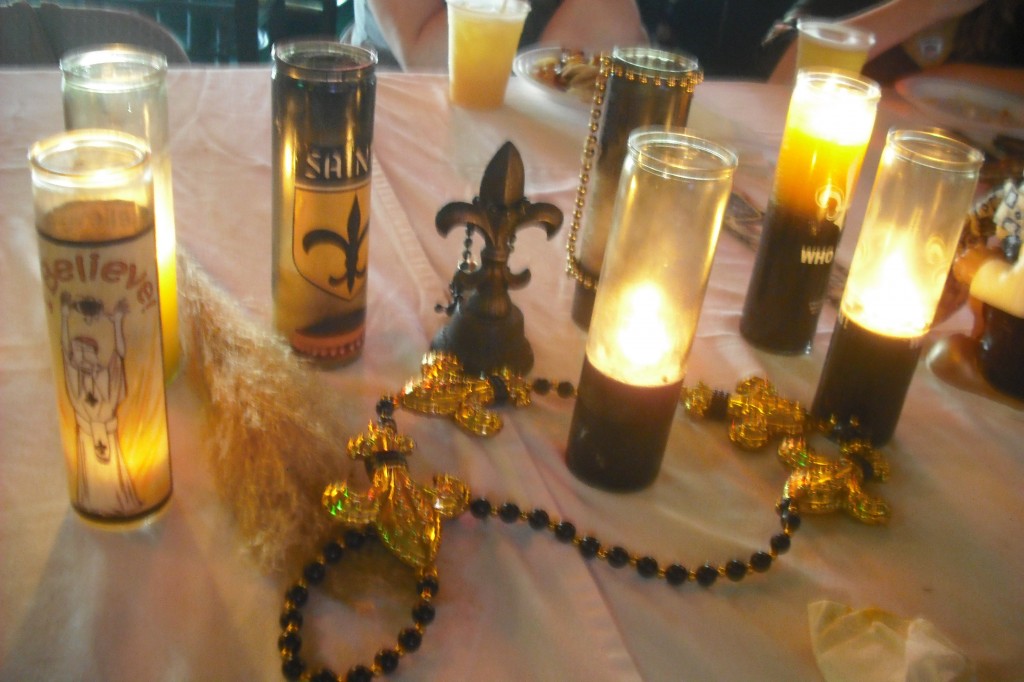 An Altar Built for the Saints, by a true fan: the owner of The Parkview Tavern

What is truly amazing about this place though, is what happens during Saints game day.   Any time that there is a Saints football game (or even pre-season game for that matter) the regulars of the Parkview transform before your eyes into some of the rowdiest, craziest, die-hard, super fans you will encounter in your life.   We’re talking the Capital of the Who-Dat Nation here.  Fans dress up in elaborate and ridiculously superstitious costumes, grown men and women sob tears of joy and remorse, and the entire bar participates in weird rituals like the Who-Dat march at the end of games which is some sort of hybrid between a second-line and conga-line.

Most importantly though is the FOOD, which is the real reason that I’m writing this lengthy blurb.  At the Parkview Tavern, there is ALWAYS food on game day.  The corner of the bar turns into a buffet of unhealthy but delicious food and snacks, delivered potluck style by the regulars and owners of the bar.   I’m by no means a sports fan, but hell, I’ll dress up in black and gold if it means stuffing myself with an amazing smorgasbord of red-beans & rice, freshly grilled hamburgers and sausages, stacks of fried chicken, tasty casseroles, pizzas, king cakes, home made sloppy Joe’s and whatever else people decide to bring in for the game.  Sometimes they’ll even go all out and throw a full-blown crawfish boil, complete with crawfish races.  Everyone is welcome to this meal, but the matriarch of the bar will yell you at you and drag you out by your ear if you come for the food but don’t buy at least one drink.  Considering how cheap the drinks are, I think that’s pretty damn fair.