The French Quarter neighborhood is one of the oldest and most historic areas of New Orleans. New Orleans was originally founded around the French Quarter in 1718. Although it is known as the “French Quarter,” most of the buildings are actually influenced by the colonial Spanish, as they were built under Spanish rule. 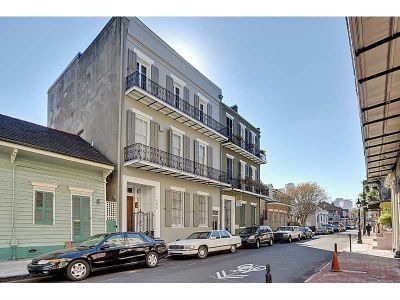 Homes in The French Quarter

Homes in the French Quarter The entire French Quarter has been designated as a National Historic Landmark, due to there being so many historic buildings in the area. Many of the buildings were built before New Orleans was even part of the U.S. Any new construction in the area is regulated in order to match the historical architectural style. Another important factor that comes into play with the value of French Quarter homes is hurricanes. The French Quarter was one of the few areas not severely affected by Hurricane Katrina in 2005. Due to the area being built on dry land before the levee system, and the fact that it sits 5 feet above sea level, it was able to elude major damage. 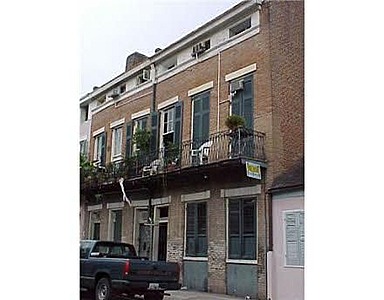 List Prices Down in the Quarter Despite the historical significance of the area, and its relative safety from hurricanes, the value of French Quarter homes is falling drastically. Last year, the average listing price for a home was nearly $600,000. However, the average sales price for houses bought in the French Quarter was only around $145,000. This is a 50{bcd54f9804855276c8678e686ad999f26fd67ea610b58b5a8c95101747e2c9d5} decrease from the previous year. One reason for the decrease in value of French Quarter homes is that people feel they can get more for their money in other New Orleans neighborhoods. People feel that the prices are too high for what they get, and there are complaints about parking as well. 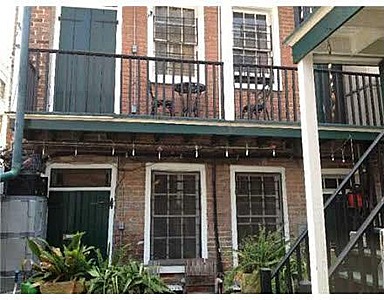 This 400 Square foot condo on Burgundy is going for 119K

The Benefits of Buying A French Quarter Home

Benefits of Buying a French Quarter Home Despite this, there are definitely some benefits to buying property in the French Quarter. For one thing, it’s hard to beat the architecture and ambiance that the French Quarter offers. Many people say it is the closest thing to living in Europe in the U.S. Even though the market is currently experiencing some devaluation, there is no reason to say it cannot bounce back. Even with the falling home prices, it still remains one of the most desired, expensive, and well-known areas in New Orleans. If you are comfortable with a smaller space, you may want to consider purchasing a condo or townhouse rather than a traditional single-family home. Single-family homes are very expensive, and there are not too many of them. On the other hand, condos are plentiful and more affordable. If you are interested in owning property in the French Quarter, now would be a great time to buy. The average sale prices have decreased drastically in the last year. Despite this, the French Quarter is still one of the most desirable areas to live in New Orleans for many reasons.

Weird Things to do in New Orleans
December 1, 2022