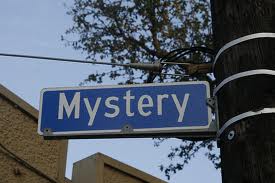 The etymology of Mystery Street remains a Mystery.

After spending some time in New Orleans you might be wondering, “What’s with all the funny street names?” Some conjure up whimsy, like Arts and Music Streets. Or romance, like Piety and Desire. Or questions, like St. Claude, “What was he saint of?”

Many of the more colorful names have their roots in the imagination of a very colorful Creole gentlemen named Bernard Xavier Philippe de Marigny de Mandeville (or more simply Bernard de Marigny.) Bernard de Marigny came from a wealthy Creole family. Wealthy is an understatement. One of the more infamous stories about his family occurred when, as a young boy, his parents were visited by the Duke of Orleans (supposedly, as one account states, fleeing from the French Revolution.) The Marignys, excited to have such noble guests, brought out golden dinnerware. After the Duke of Orleans departed the Marignys felt so honored to have such a guest they had the golden dinnerware thrown into the Mississippi river. 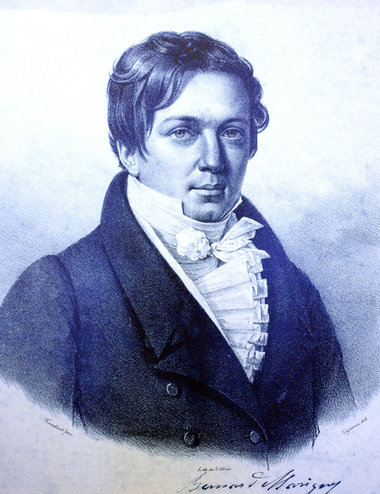 Bernard De Marginy (pictured above) would, after gambling his family forturate away, be elected to the State Senate. 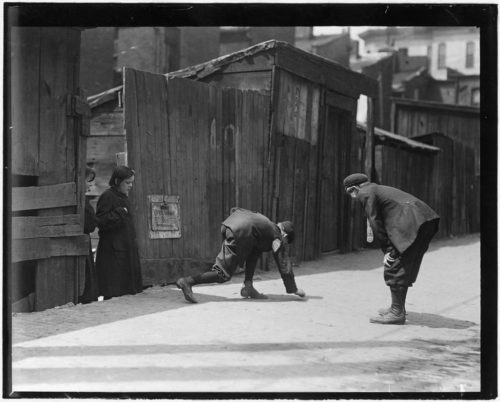 Craps would become very popular throughtout the USA. Pictured above are truant children playing the game in St Louis in 1912

In the year 1800, Bernard de Marigny’s father passed away, making Marigny the wealthiest 15-year-old in America. His uncle assumed control of Marigny’s wealth until the child was old enough. The uncle was fearful that Marigny’s upbringing caused the child to be spoiled. So he sent the boy off to school in England. Once there, Marigny learned English and a dice game called “Hazards” that he loved but rarely won.

Back home, he took possession of his father’s wealth and taught all of his friends the new game he learned on the other side of the sea. The game caught on. Soon, Creoles were crouched over in alleys all across New Orleans, playing and taking Marigny’s wealth. This was at the height of American and Creole rivalry. Both groups took to calling the other names – the Creoles called the Americans “Kaintock,” a reference to the original American boatmen who came mostly from Kentucky. This was essentially the French way of calling the Americans “Rednecks.” Seeing the Creoles crouched over playing dice, the Americans began to call the Creoles “Johnny Crapaud.” Crapaud was the French word for toad. Soon after, the Americans adopted this Creole version of an English game. It became known as Craps.

Marigny, relieved of his wealth, was forced to sell his family’s plantation which was located just downriver from the present day French Quarter. To make a tidy profit, it was subdivided into long and skinny residential plots. Being a colorful Creole, Marigny named the streets in a whimsical fashion. This suburb was separated from the French Quarter by the the walls and ramparts that the Spanish had built.

The first street, which runs perpendicular to the river, was named “Champs Elysees” (more than likely after the street in Paris – which it bore no resemblance to.) His family’s mansion was located between this street and one he named for himself – “Marigny.” He named one Craps, after the game he loved so much that he lost his family’s wealth playing it. He named another Rue d’ amour, or “Love street.” And another he called Rue Des Bons Enfants or “Good Children street.” Innocent sounding names until you realize “Love Street” was a popular spot for Creoles to construct cottages for their mistresses to live, and “Good Children” was the boundary to the swamps – where the children of those mistresses spent their days playing and fishing. Though Marigny didn’t play music, he loved it greatly, so there is Music Street, and for a time there was a street called “Poets.” Legend states that Marigny’s poetry was so bad it provoked a duel.

As Marigny’s little suburb grew, “Craps Street” became a major thoroughfare, and three churches sprouted up – much to the embarrassment of the parishioners. They petitioned the city for the street to be renamed. And so, in 1850, Ordinance 395 was passed through the city council, renaming 75 streets in New Orleans. By that time, the old Spanish Ramparts had been torn down and all the streets had been connected past Elysian Fields. So Marigny’s whimsically (and perhaps sarcastically) named streets that ran parallel to the river took the names of the corresponding streets in the French Quarter. Fortunately, we are still graced with many of Marigny’s whimsical names, including Treasure, Abundance, Agriculture, Hope, Duels, and Law. So take a minute to thank Marigny for his whimsy and humor when you walk around the neighborhood bearing his name!